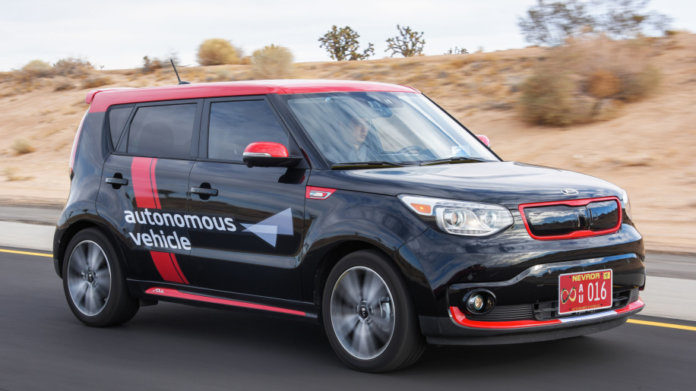 Kia has revealed its plans for CES 2016, and they revolve around two words: autonomous driving.

While still light on specifics, Kia said its January 5 press conference will serve as the “global debut of its dedicated autonomous driving program.” The Optima maker will dive into its future vision, strategy and new technologies for autonomous driving during the presser.

Kia also plans to discuss the moves its made in the connected car space, though, truthfully, we`re most excited for the self-driving goods.

The auto company announced earlier this week that it`s been approved to test self-driving technologies on public roads in Nevada. It also set a goal of introducing partially autonomous driving tech to its line-up by 2020 and, fingers crossed, will put fully autonomous vehicles in car dealer lots by 2030.

Kia and its sister firm Hyundai are investing $2 billion over the next two years to help develop a new Advanced Driver Assistance System (ADAS) and hire more engineers to drive (pardon the pun) innovation.