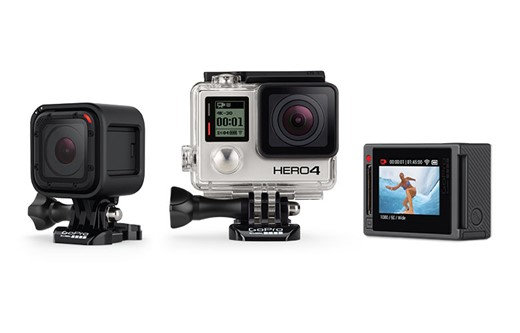 GoPro CEO says the company will trim its lineup to half, after the mini-camera maker reported quarterly earnings that were worse than the market`s dismal expectations.

On the back of these results, GoPro Founder and chief executive Nicholas Woodman said the company will stop selling its entry-level Hero, Here+, and Hero+ LCD models by April, as it has decided to focus on the premium segment of the market. Woodman added that a new flagship model, the GoPro Hero 5, will debut later this year.

GoPro said that it lost about $34.5 million during the holiday season quarter that ended last year, as revenue sank some 31 percent to $436.6 million when compared to the same three-month period in 2014.

Wall Street had been braced for GoPro to essentially break-even but did not expected GoPro to post a loss for the year-ending shopping season.

“In 2015, we recorded 16 percent year-over-year revenue growth and the fourth quarter represented the second highest revenue quarter in the company`s history,” said Woodman.

“However, growth slowed in the second half of the year and we recognize the need to develop software solutions that make it easier for our customers to offload, access and edit their GoPro content.”

Shares plunged in after-market trades that followed release of the earnings report, but regained some ground to be down about 10 percent to $9.62 shortly after 12:00am GMT.

GoPro forecast that its revenue in the current quarter would be from $160 million to $180 million.

The Silicon Valley-based company last month announced it would cut seven percent of its workforce and that revenue last year was less than expected, causing shares to sink.

The job cuts represent hundreds of positions, with the stated intent being to “better align resources to key growth initiatives.”

GoPro said that its ranks of employees had been growing by more than 50 percent annually and tallied more than 1,500 as of the end of 2015.

GoPro was an early hit with extreme sports enthusiasts who used the mini-cameras to film their exploits and went on to win over teens and young adults interested in sharing videos on YouTube or social networks.

GoPro went public in June of 2014 with shares initially priced at $24 and soared in subsequent months, more than tripling in value at one point.

But investors began to worry about the company`s growth prospects and the possible saturation of an increasingly competitive market.

GoPro shares began sliding last year, much of their value since August.