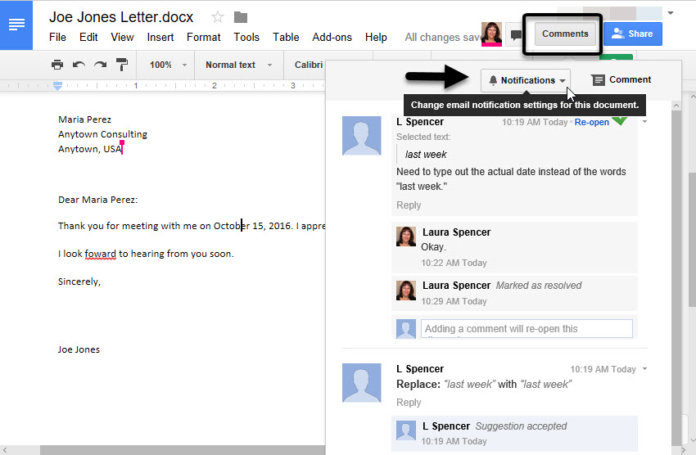 If you love collaborating with your friends and colleagues on the Google Drive apps (Docs, Sheets, Slides), you will like the new changes the company has made across its mobile office suite. Among other changes, the real-time commenting feature is now available on Android and iOS apps.

Google on Wednesday announced that Android and iOS users of its Google Drive productivity apps will now be able to add comments and follow-up things in real-time in Docs, Sheets, and Slides as well.

Google is also making it easier for someone to just add a comment from the Web version of its productivity suite. Users will now see a comment bubble appear when they hover the mouse to the right side of the screen. Interestingly enough, the aforementioned features are also live for Google Apps users.

Microsoft`s Office is the most widely used productivity suite on the planet. However, the suite`s Web counterpart isn`t as nearly as popular. For users who rely on cloud services – especially Chromebook users – many of them prefer Google Drive as their productivity suite.

However, Microsoft has grown more focused in making Office Online (Office 365) more feature-rich and exciting for users. And so has Google. The Mountain View-based company recently updated the mobile and Web clients of Drive to improve search feature. But if Google wants to be relevant in this space, it will have to continually and aggressively introduce new features.