Developed by Treyarch and published by Activision, Call of Duty Black Ops 4 is the 5th entry in the Black Ops series and overall 15th installment in the Call of Duty gaming franchise.

As a result of this, Call of Duty Black ops 4 received a mixed response from the users. Die-hard Call of Duty fans expressed their dislike for missing campaign mode. Not only this, a DLC in the form of “Operations” received a heavy backlash from its users. Wondering why?

Activision made the maps available only through the game pass and not separately unlike the previous titles. Although Call of Duty Black Ops 4 received the lowest numbers in terms of physical retail sales, digital sales were at an all-time high.

As a matter of fact, it was the best-selling digital launch in the history of Activision. That’s amazing, right?

Now, let’s get to know a bit about its gameplay –

As I’ve stated above, there is no single-player campaign mode in Call of Duty Black Ops 4. Instead, you can only play this game in Multiplayer Mode, Zombies mode and newly introduced Battle Royale mode called Blackout. Let find out a bit more about these three modes:

The multiplayer mode features the much-touted return of popular characters. With the likes of Specialists, unique soldiers, you get overall 10 specialists. Not only this, but characters from black ops 3 are also available.

These are only 4 new characters introduced in Call of Duty Black Ops 4. Apart from some characters changes, Automatic health generation is removed and in place of this, you can use the manual healing system.

Zombies are back with a multiplayer mode in Black Ops 4. Similar to the Nazi Zombies Mode in Call of Duty: WWII, you get to use custom loadouts which in return allows your player to select starting equipment, weapons.

In the new game type rush, play multipliers, compete against an opponent and build up as many points as you can.

Blackout is nothing but a Battle Royale gaming mode which is added as an alternative to the missing campaign mode. In Blackout mode, you land along with 99 other players on the map. Similar to Fortnite or Pubg, defeat them to win a game of Call of Duty.

Playing Call of Duty Black Ops 4 is too much but do you’ve got a PC that matches the recommended specs for smoother gameplay?

Note – Pricing Mentioned here excludes shipping charges. So, the pricing may vary in the future.

A – No, it isn’t. Activision never released this game for Xbox 360. As of now, it’s exclusive to PlayStation 4, Xbox One, and Windows PC.

Q – How much do the black ops pass cost?

A – I would say, in some ways, yes. In fact, I believe it to be a bit better upgrade over Shadows of Evil in Black Ops 3.

Q – What are some of the Official gaming stores for purchasing a Call of Duty Black Ops 4 digital copy?

A – The list of Official Stores for Call of Duty Black Ops 4 includes Amazon, PlayStation Store, GameStop, and BestBuy.

Even after knowing the bad response the game received at the time of Pre-release, I had bought a digital copy of Call of Duty Black Ops 4 for my PC.

I still wonder why some fans disliked this game. In my opinion, I never found anything wrong with the game. If you have or had any problem with Call of Duty Black Ops 4 in the past, then do let me know what issue you faced in the gameplay or anything you disliked in the game. 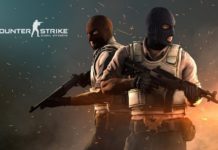