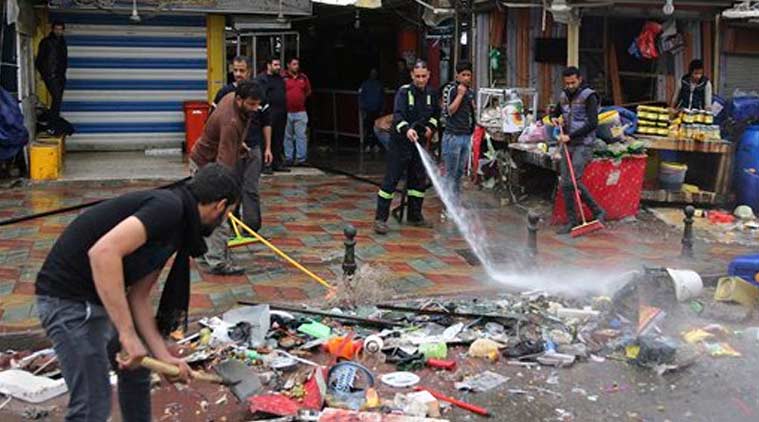 The death toll of a twin bombing in a Shiite neighborhood in Baghdad rose on Friday to 32 – the worst violence to hit Iraq since US President Barack Obama last week said all American forces would leave the country by the end of this year.

The two blasts, which took place Thursday evening at a music store, wounded 71 other people, police and health officials said. First one bomb went off and then, minutes later, another bomb exploded, targeting rescue workers and onlookers who had arrived after the first blast.

The officials said the death toll rose overnight after some of the more seriously wounded died. The wounded had been taken to different hospitals, they said, and so it took time for officials to get an accurate death toll.

All officials spoke on condition of anonymity because they were not authorised to talk to reporters.

There was no immediate claim of responsibility.

Many Iraqis fear violence will increase when the US troops leave the country. Insurgents have for months sought to exploit continued instability and security gaps that Iraqi forces have been unable to close.

“I was on my motorbike with a delivery to a restaurant when the first bomb exploded,” said Maytham Abdul-Karim, 32, the owner of a nearby kiosk selling pickles and yogurt. “The sound was very powerful. I stopped. I saw smoke coming from the site. I heard policemen calling on people to keep a distance out of fear of another bomb explosion.”

Iraqis have lived through years of violence and are well aware of the danger that one explosion can be followed by another, more powerful blast. Despite that knowledge, many still run to the scene to help. 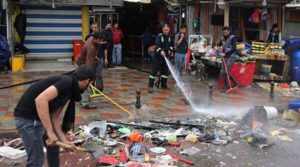 After the first explosion Thursday night, some of Abdul-Karim’s friends ran from the restaurant they were eating to the blast site.

“Then the second bomb exploded. Two of them have died for sure, but I do not know the fate of the others. I went to the hospital they were taken to, but I was not allowed to get in because of the huge crowd of people asking for their loved ones,” he said.

Violence has dropped dramatically across Iraq since just a few years ago, when sectarian violence brought the nation to the brink of civil war. But deadly bombings and attacks still happen nearly everyday.