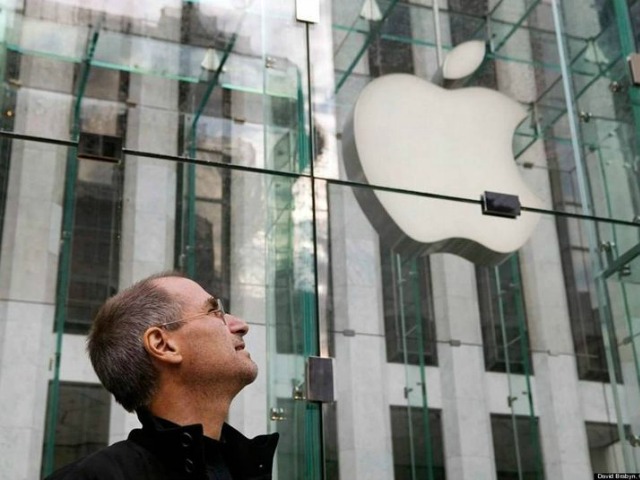 Apple is allowing the general public to get a look at a heartfelt and star-studded memorial service it held for employees to celebrate the life of Steve Jobs at its Cupertino headquarters last week.

Apple Inc posted a link on its website to a video of the service, which was held in an outdoor amphitheatre in the centre of the company’s campus. The ceremony was intensely private. It was closed to the public and media handlers shooed reporters away from Apple’s buildings at the time.

Apple Inc has not held any public services for Jobs, the company’s visionary co-founder who died at age 56 on October 5 after a long battle with pancreatic cancer.

In a way, the video may serve that purpose. It runs 81 minutes and gives a rare glimpse of a company in mourning, showing several executives and board members reminiscing about their time with Jobs and speaking about the indelible mark he left on the technology world.

Jobs was a tech visionary who started Apple in his parents’ Silicon Valley garage with friend Steve Wozniak in 1976. Both men left the company in 1985, Jobs after a clash with then-CEO John Sculley.

Jobs returned as interim CEO in 1997 after Apple, then in financial dire straits, purchased a computer company he created called Next. He led the company through a remarkable upswing that included the launch of such popular products as the iPhone, iPad and iPod.

He battled pancreatic cancer in 2004 and underwent a liver transplant in 2009 after taking a leave of absence for unspecified health problems. He took another leave of absence in January – his third since his health problems began – and resigned in August, handing the CEO job over to his hand-picked successor, Cook. His death came a day after Apple Inc announced its latest iPhone, the 4S.

In the service honoring his life, CEO Tim Cook kicks things off, addressing an overflowing crowd of hundreds of Apple employees both on the ground and peering off balconies of surrounding buildings. Also in the audience was Jobs’ wife, Laurene Powell Jobs, wearing a black shirt and dark sunglasses.

Apple closed all of its retail stores for the service so its many employees at those locations could view the memorial live via a webcast as well.

Banners flanking buildings surrounding the amphitheatre show images of Jobs, including one with a famous shot of the then young tech executive cradling the first Macintosh computer.

In his remarks, Cook said the past two weeks had been the saddest of his life.

“But I know Steve. Steve would have wanted this cloud to lift for Apple and our focus to return to the work that he loved so much,” he said.

Cook also divulged some of the last advice Jobs gave him, which he said was “to never ask what he would do, just do what’s right.”

Jobs saw how The Walt Disney Co became “paralyzed” after founder Walt Disney’s death, with so many people spending time thinking about what Disney would want. “And he did not want this to occur at Apple,” Cook said.

“He loved Apple so much, probably only a shade less than he loved his family,” he said.

Former Vice President and current Apple board member Al Gore took the stage as well. And Apple’s senior vice president of design, Jonathan Ive, who worked closely with Jobs on products such as the iPod, iPhone and iPad, spoke too.

Ive, who called Jobs his closest and most loyal friend, talked about Jobs’ habit of bouncing ideas off him – some of which were “really dopey,” but others which “took the air from the room and left us both completely silent”.

Ive remembered Jobs as an intense listener who revered the creative process.

“You see, I think he better than anyone understood that while ideas ultimately can be so powerful, they begin as fragile, barely formed thoughts so easily missed, so easily compromised, so easily just squished,” he said.

He also related a tale of how Jobs’ desire for excellence went far beyond designing Apple’s products, saying that when the two of them would travel Ive would go up to his room leave his bags packed by the door, and sit on his bed.

“I would wait for the inevitable phone call, ‘Hey Jony, this hotel sucks, let’s go,'” he said.

The service followed a memorial at Stanford University on October 16 for Jobs’ friends and family. That service at Memorial Church reportedly brought out tech titans including Oracle chief Larry Ellison and Microsoft’s Bill Gates, as well as politicians including Bill Clinton. U2 frontman Bono and Joan Baez reportedly performed.