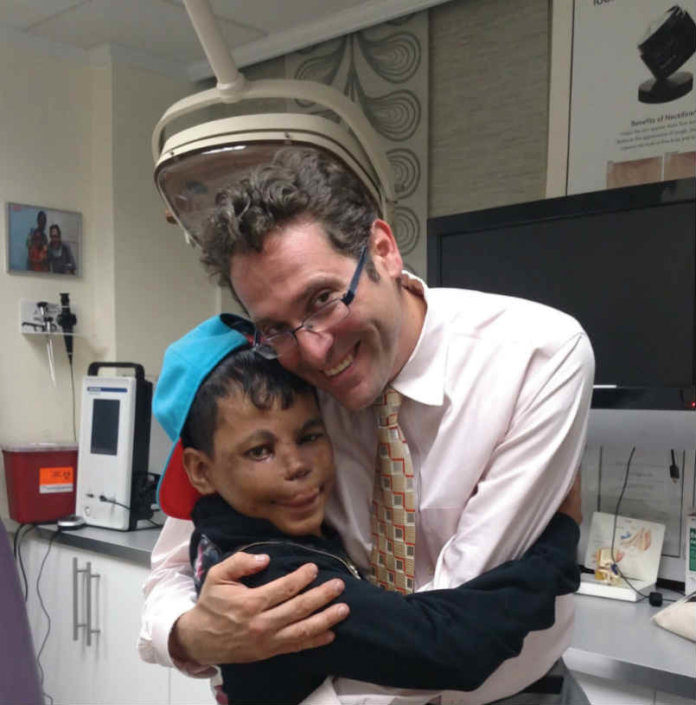 A 14-year-old boy has become the first patient in the US to undergo a successful nose transplant using 3D printing technology after his face was disfigured when he fell on a live power line.

Reconstructive surgery on the human nose is not uncommon, but until now, doctors in the US had not been able to replicate and restore the body part to its full functionality.

Dallan Jennet, a 14-year-old boy from the Marshall Islands, a country that lies near the equator in the Pacific Ocean, is the first patient in the US to undergo a procedure that did just that, Fox News reported.

Jennet`s face became disfigured when he fell onto a live power line aged 9. Earlier this year he flew to New York Eye and Ear Infirmary of Mount Sinai, in New York City, to undergo multiple surgeries that would restore his sense of smell and taste.

“The procedure is akin to a `nose transplant` in that we were able to replace the nose with a functional implant,” lead physician Tal Dagan, associate adjunct surgeon, said in a Mount Sinai blog post.

“This procedure may be a breakthrough in facial reconstruction because the patient will never have to deal with the standard issues of transplantation, such as tissue rejection or a lifetime of immunosuppressive therapies,” he said.

Jennet`s first procedure, in early 2015, took place in the Marshall Islands, where doctors input expanders under the remaining skin of his nose to make room for the reconstructed body part.

The team created Jennet`s 3D nose graft by replicating the structure of his family`s noses.

For the first 16-hour operation in New York, doctors used a laser-based technology to analyze his skin.

They then harvested blood vessels and tissues from the boy`s thigh, removed excess scar tissue, inserted the graft, and reconstructed the skin over the 3D implant. They carried out four more surgeries, and Jennet attended follow-up appointments between June and October.

The surgeries were successful, and doctors said the 3D-printed implant will grow with him – preventing the need for additional reconstructive procedures.